At our clinic, we provide a full spectrum of gynecological and prenatal care. We offer expert ultrasound diagnostics and consultations with our maternal-fetal medicine specialists. Our team consists of qualified doctors and midwives with extensive experience in outpatient and hospital practice.
We couldn’t do our job without a friendly team and pleasant environment, and that’s exactly the kind of treatment you can expect from us as a patient. The trust you put in us compels us to take the best possible care of your health. 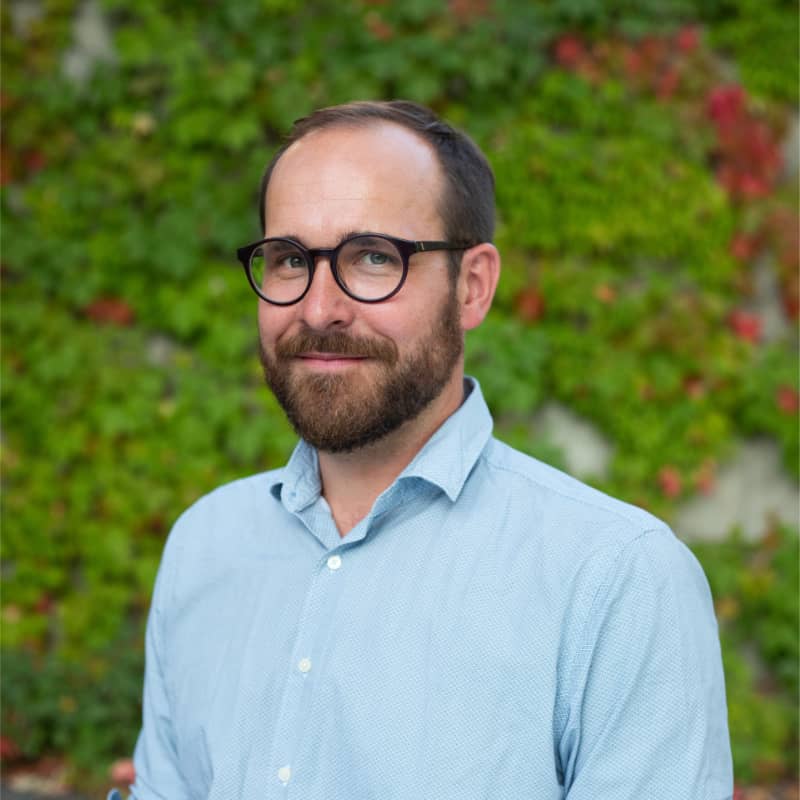 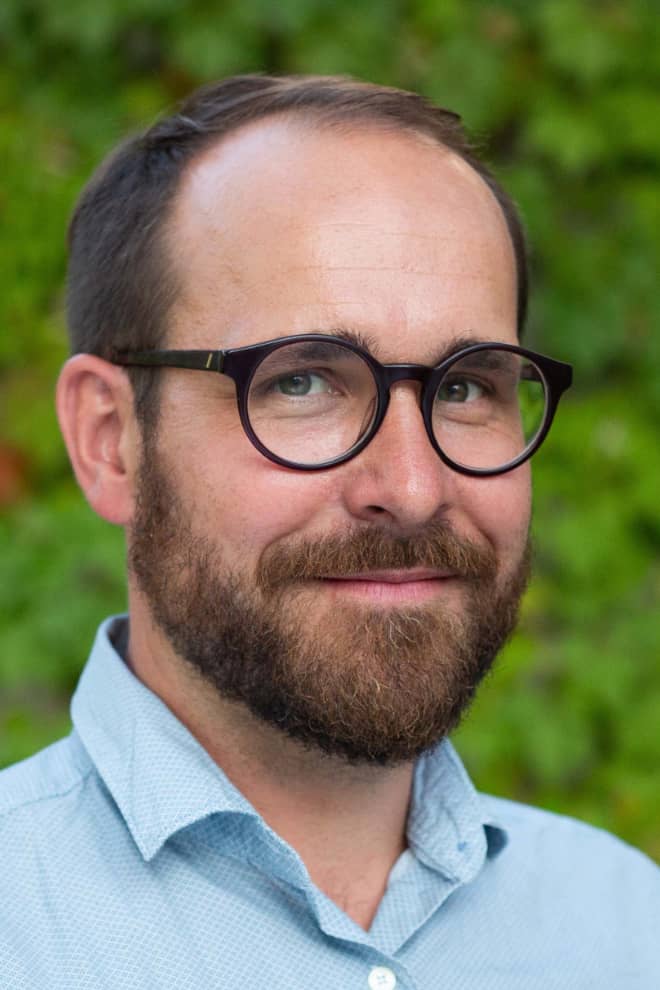 He studied at the 3. Medical Faculty, Charles University, Prague and Medical Faculty, Eberhart Karls University in Tubingen, Germany.  He started his career in Obstetrics unit in hospital of Chrudim. Here he met his future wife Dita. Together they attended a medical mission in South Sudan.  Number of years he worked in perinatal centre Podoli – Institute of Care for Mother and Child, where he acquired a superspecialisation in perinatology, and devoted his work mostly to ultrasound prenatal diagnosis and multiple pregnancies.

He travels to work by bicycle and plays electrical violin in his music band "Esence".

MUDr. Radovan Pock can communicate with you in the following languages: 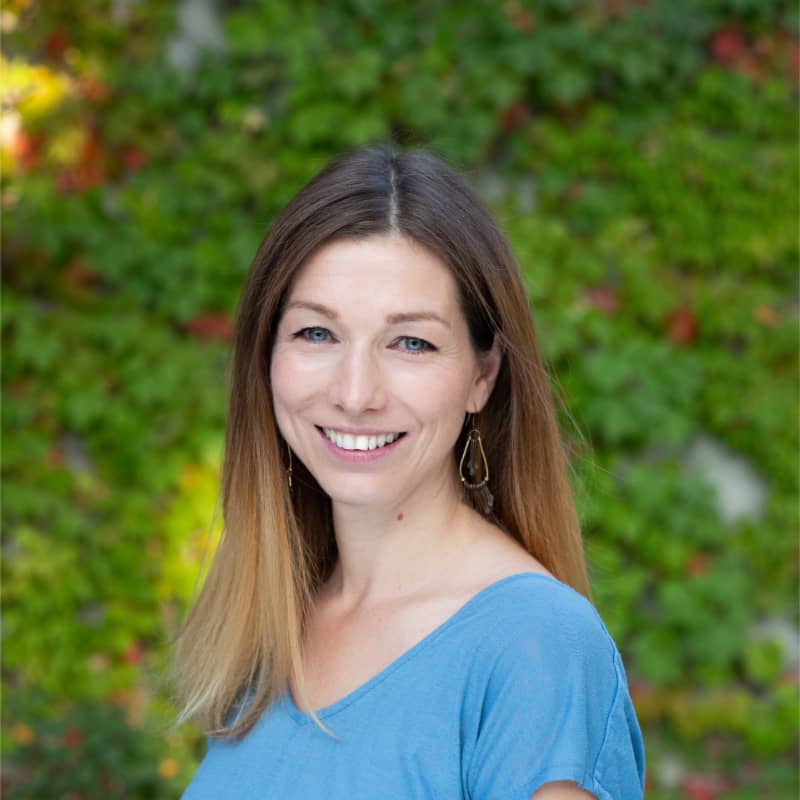 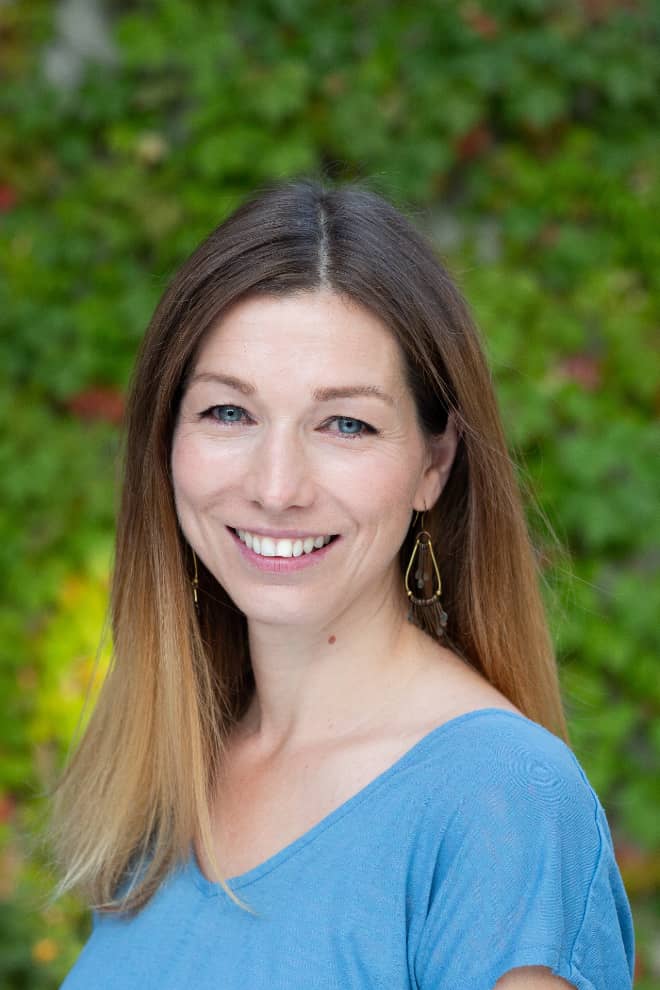 She acquired her medical degree from the 2nd Medical Faculty of Charles University in Prague.  Having an experience from several different hospitals she carried out a function of the Head Consultant of an Obstetrics department of Melnik Hospital. In addition to her regular practice, she is also involved in paediatric gynaecology.

With her husband Radovan, she attended a medical mission in South Sundan.  Together they have three young children. This fact reveals such features of her character as outstanding patience and tolerance.

MUDr. Dita Pocková can communicate with you in the following languages: 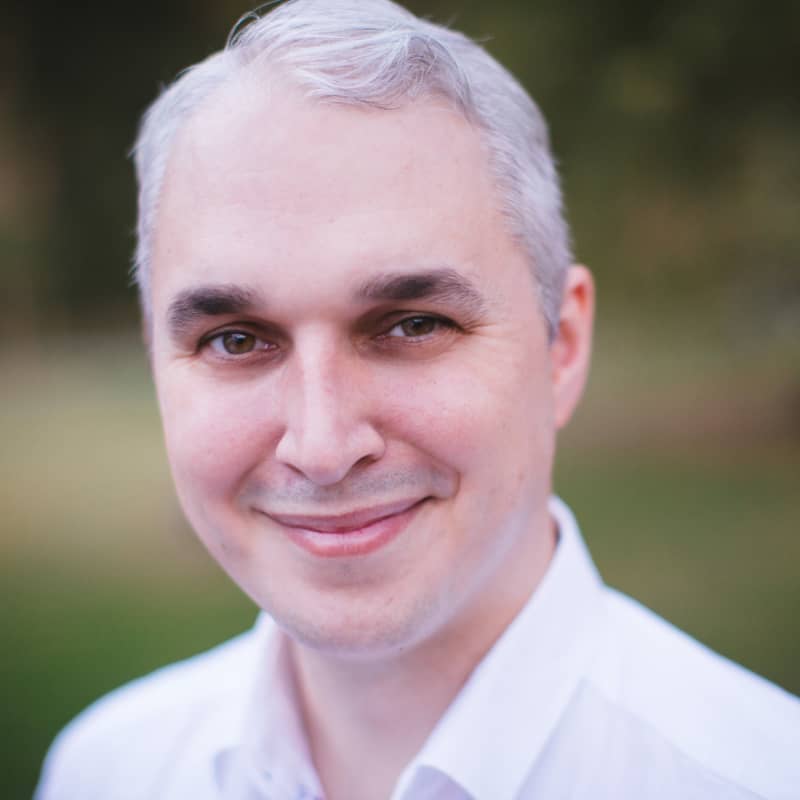 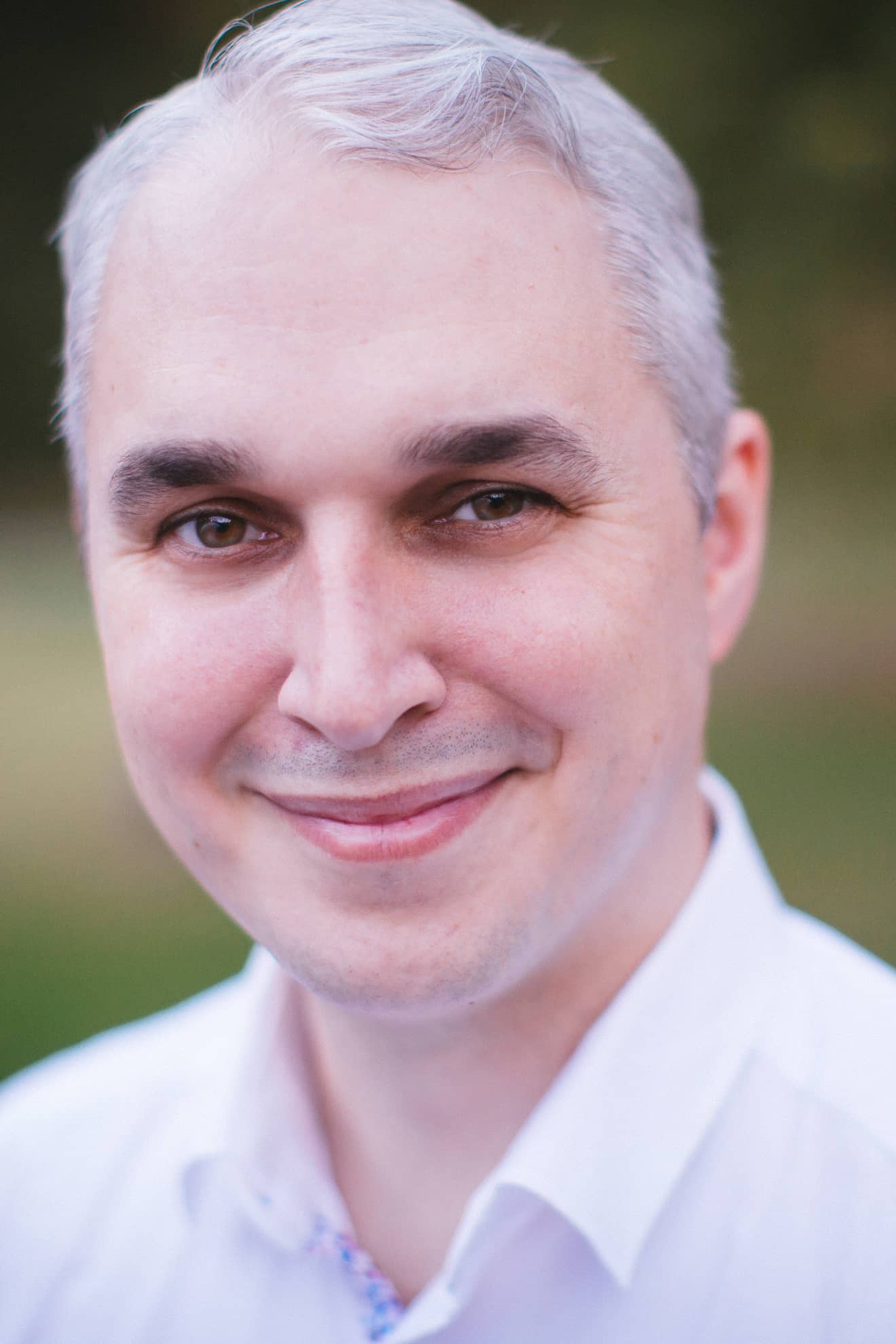 He graduated from the 1st Faculty of Medicine of Charles University in Prague. He gained his work experience mainly at the Institute of Care for Mother and Child in Podolí.   There he carried out a function of the head consultant of the Department of Care for High-risk Pregnancy and the Prenatal Diagnostic Centre. He completed internships at the Hospital Sant Joan de Déu in Barcelona and the University Hospital Leuven in Belgium. He is involved in the ultrasound diagnosis of pregnancy complications, perinatology and foetal medicine, including intrauterine surgery.

He is certified by CGPS CJP and Fetal Medicine Foundation (London) as an ultrasound superconsultant in prenatal care and screening examinations in pregnancy.

After work, he recharges by mountain biking, playing the piano, or just relaxing with his fantastic wife and two curly-haired children.

MUDr. Jiří Vojtěch can communicate with you in the following languages: 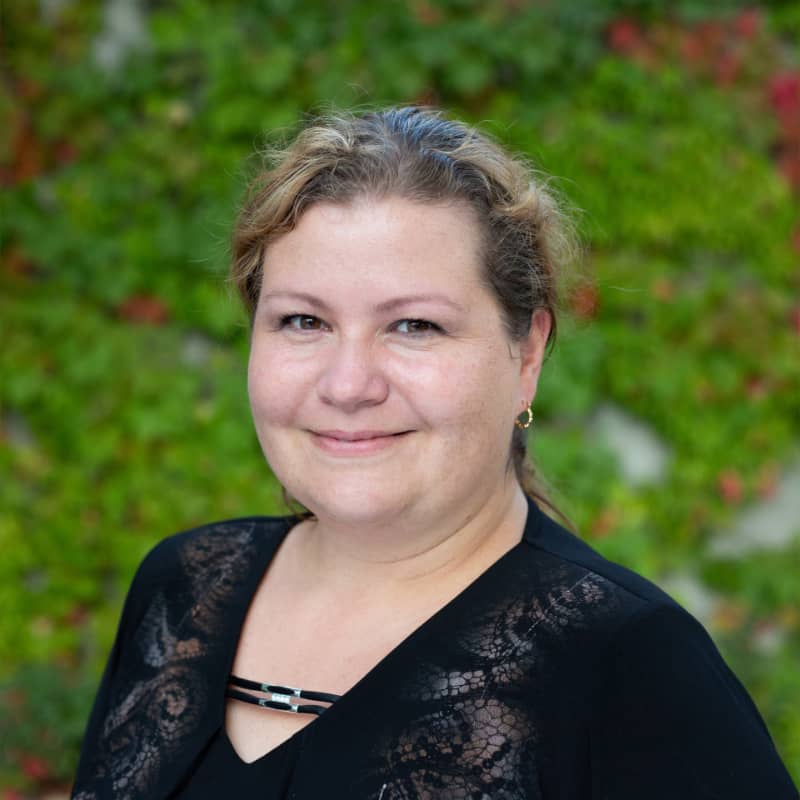 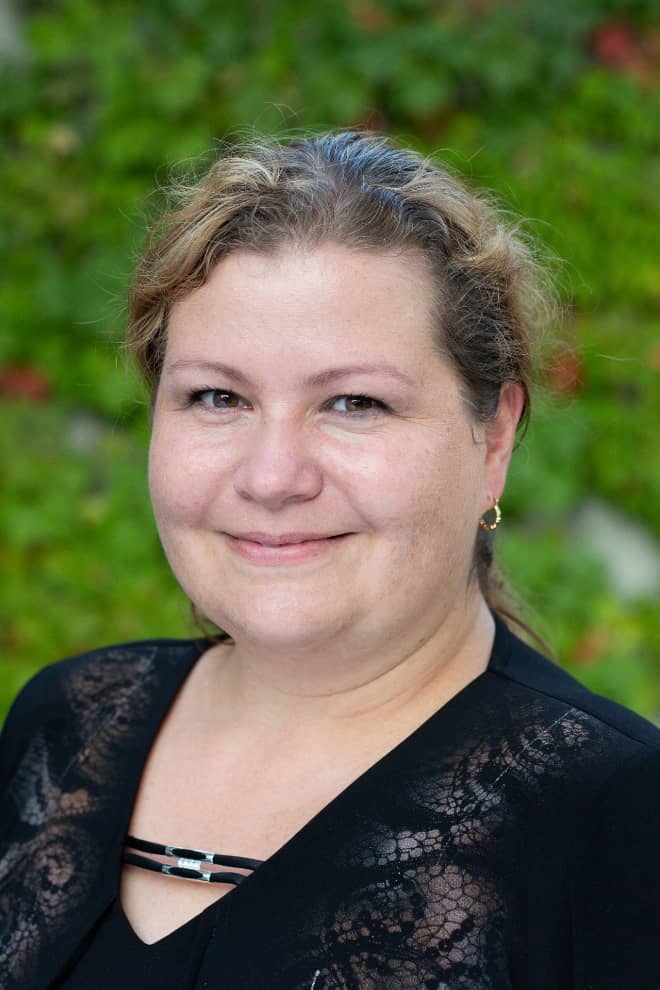 Helena is a trained nurse in intensive care medicine. She has a lot of experience from the Intensive Care Unit of the University Hospital Královské Vinohrady. After her maternity leave, she was drawn to perinatology. First to intensive care of newborns, later to work in the diagnostic centre of the Institute of Care for Mother and Child. She has two great sons, a big heart and a soft spot for Sting. She says about herself that she loves people, but if necessary can show her teeth. None of us have seen them yet.

Helena Frýbertová, DiS. can communicate with you in the following languages: 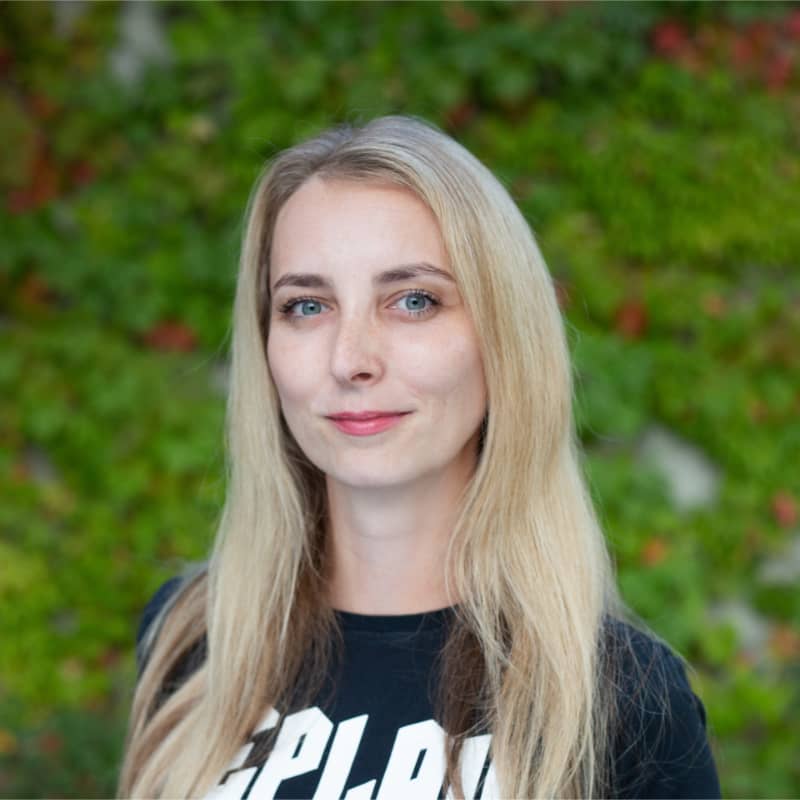 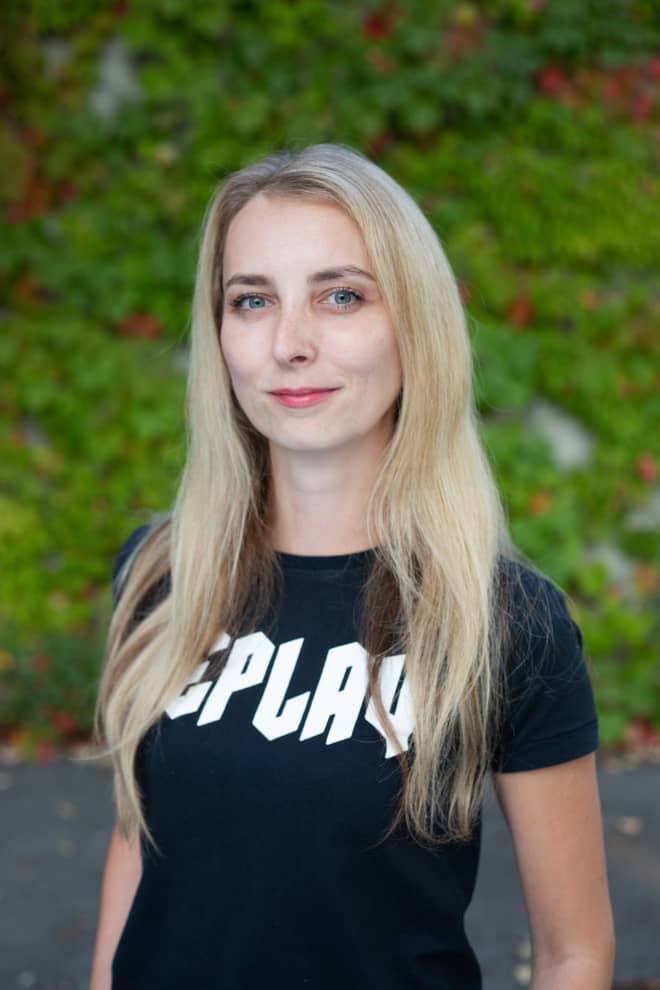 She became a general nurse but that was not it. She decided to continue her studies and became a happy midwife. Uršula has a lot of experience working in the delivery unit and in the maternity ward. She also worked for some time in neonatology and took care of premature babies.

She loves her job. She enjoys relaxing with her dog and travelling. She has now left us for a trip from which the two of them should return. We are keeping our fingers crossed and look forward to her being a solid part of our team again.

Bc. Uršula Kadlec can communicate with you in the following languages: 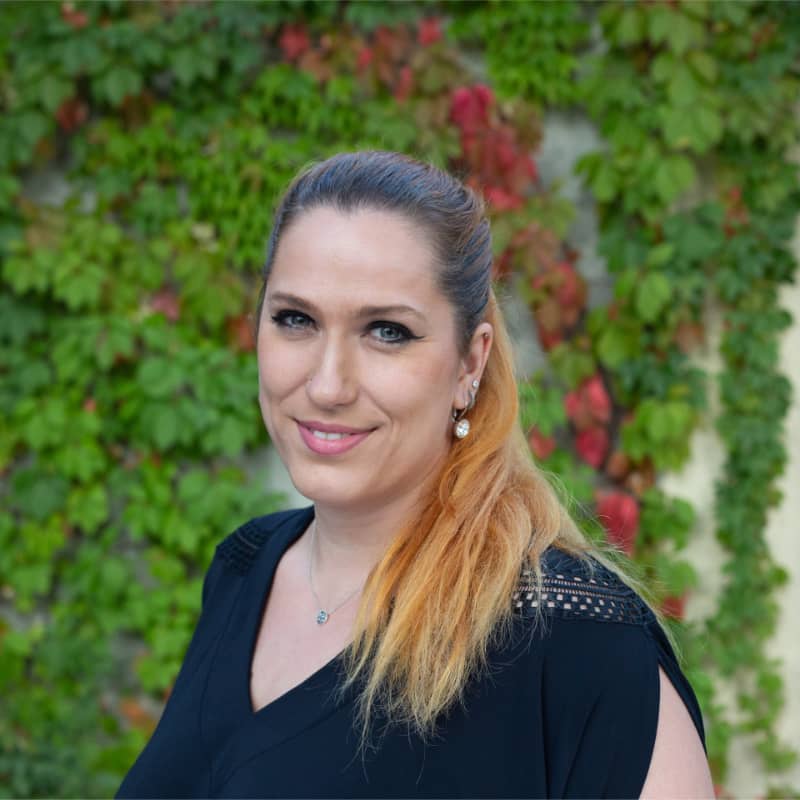 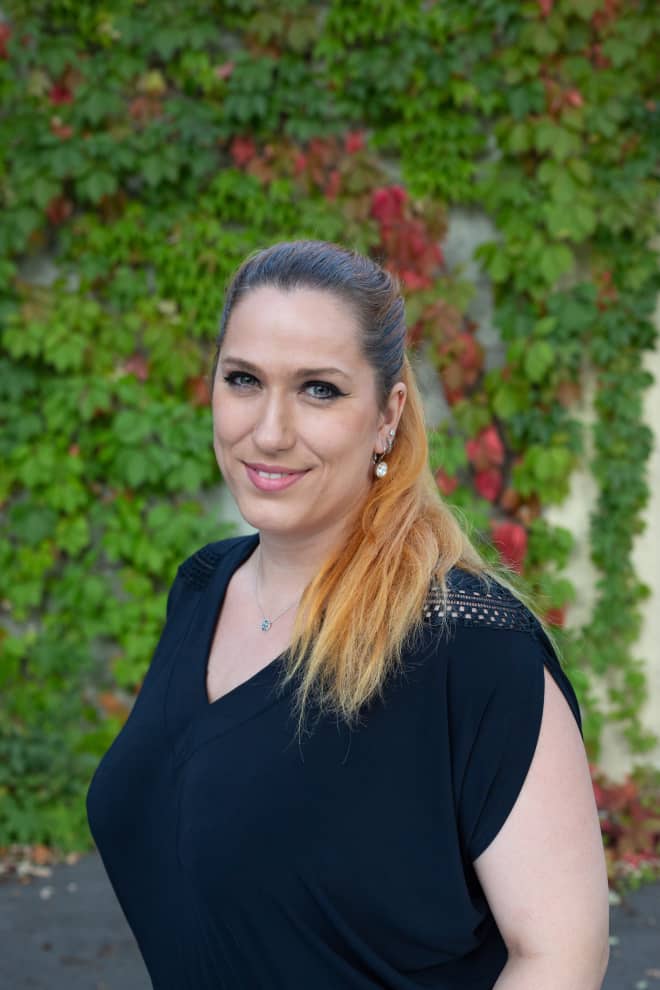 Straight after becoming a midwife, she gave life two wonderful people, a son and a daughter. Returning from maternity leave she devoted herself fully to the field she studied. She has a lot of experience in the delivery unit, the postnatal and neonatal department. She can make quick decisions and get the respect she deserves. This is very valuable in her main work in the delivery rooms of the UPMD (both in relation to dads and doctors).

She helps us often at PWHC and we are very grateful for that. Besides work and family, her passion is reading detective novels. She says one day she will take up writing - go for it, "Agatha"!

Bc. Tereza Padevětová, DiS. can communicate with you in the following languages: 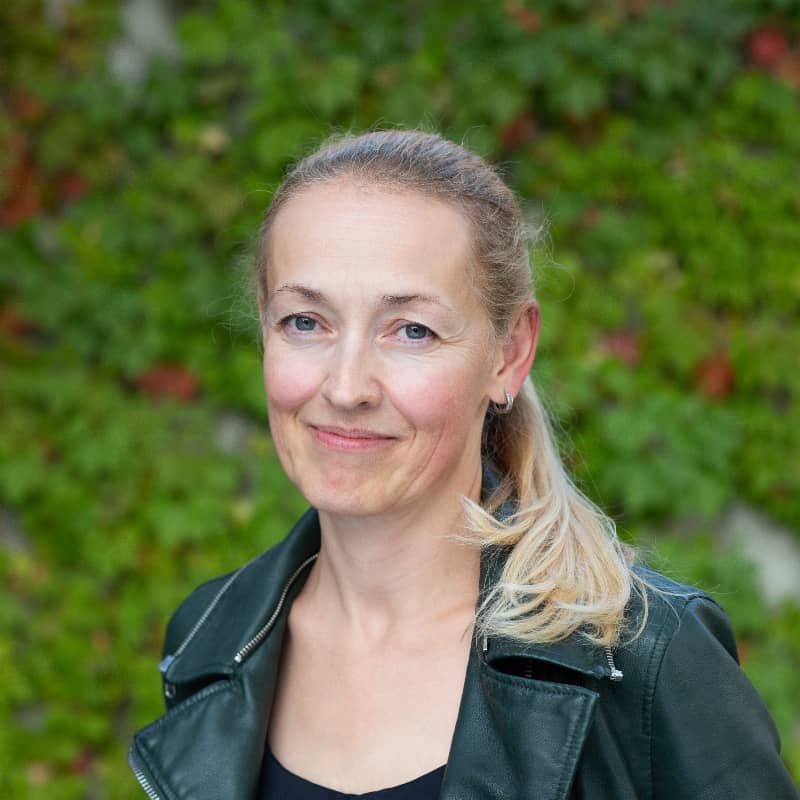 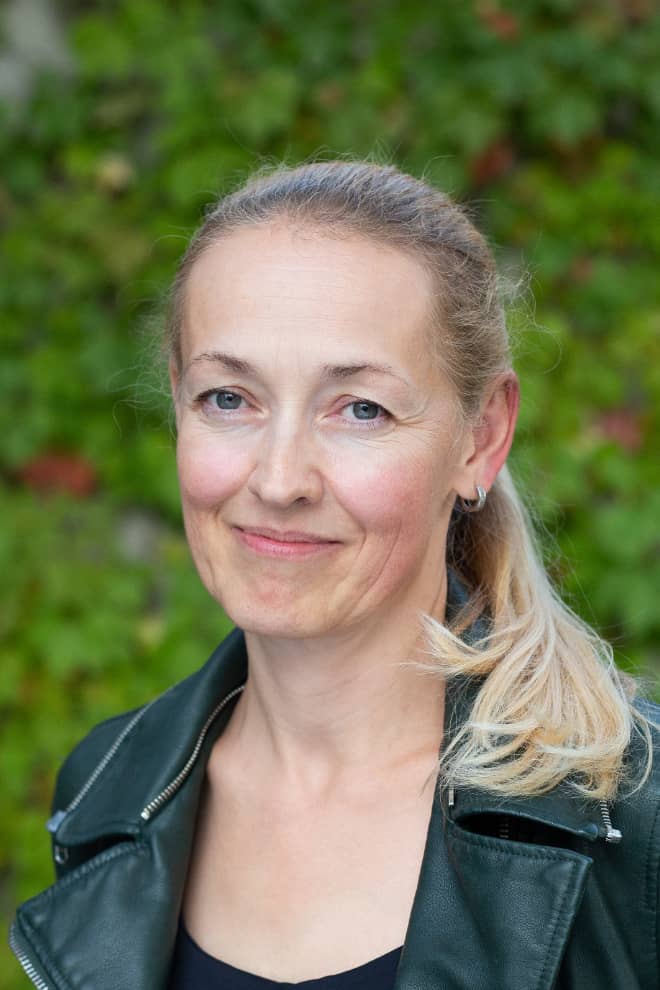 Studied the 3.d Medical Faculty of Charles University in Prague. While studying she was already working as a nurse in Orthopaedic department and Obstetrics. Experience with mothers and newborns had predetermined her future professional advancement.

“The more babies are born, the greater is the joy of life!” In Dagmar’s case these are not just words. She dedicates herself to reproductive medicine, helping her patients to become happy parents.

She likes to travel, go info sports, attend concerts, ride her motorbike and looks after neighbors children. According to her two daughters opinion, mom’s biggest passion is cleaning! A person of multiple talents and faces - and all of them are so kind. 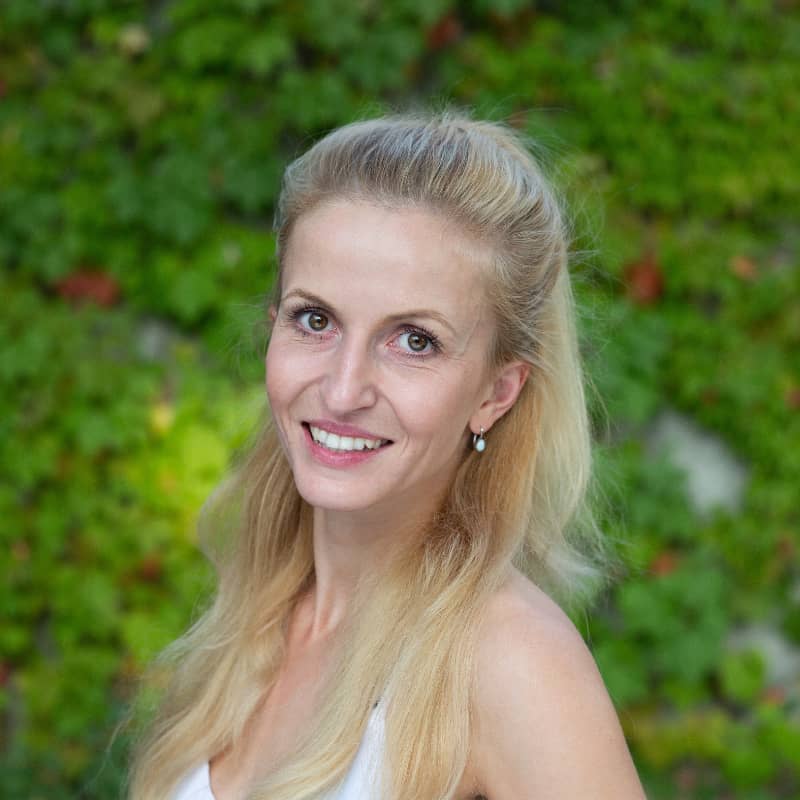 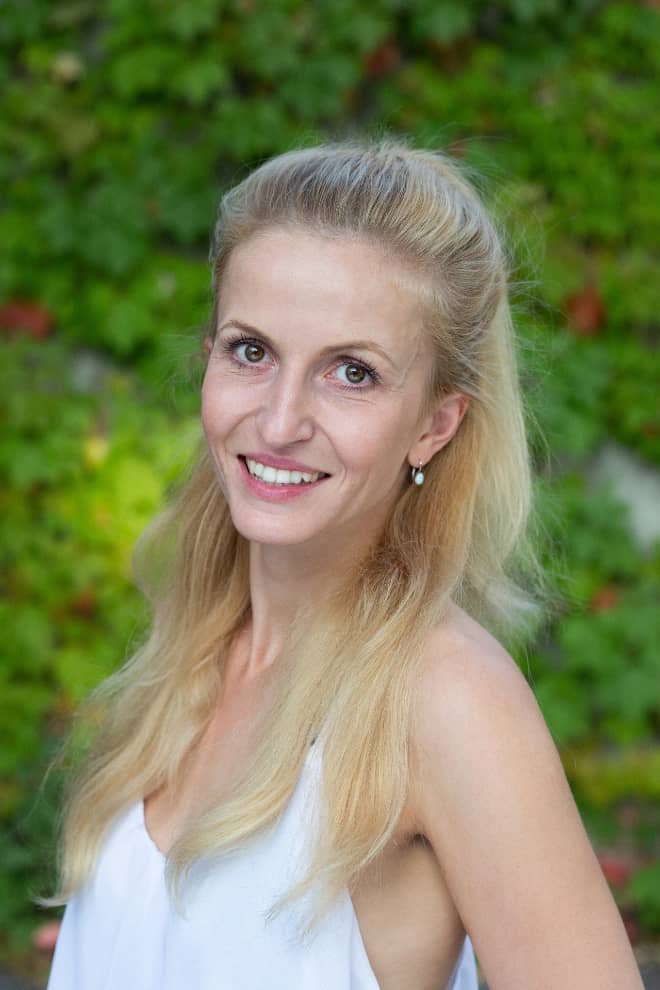 The graduate of the 1st Faculty of Medicine of Charles University. Outside our outpatient clinic she works at the Gynaecology and Obstetrics department of the hospital in Mělník.

She spent part of her studies under the hot Spanish sun in Madrid. Big part of her time she spends on the ice of a skating ring as a professional figure skater and on the snowy slopes of the mountains as a ski instructor. She enjoys city life, but often escapes into the nature of mountains.

MUDr. Lucie Holakovská can communicate with you in the following languages: 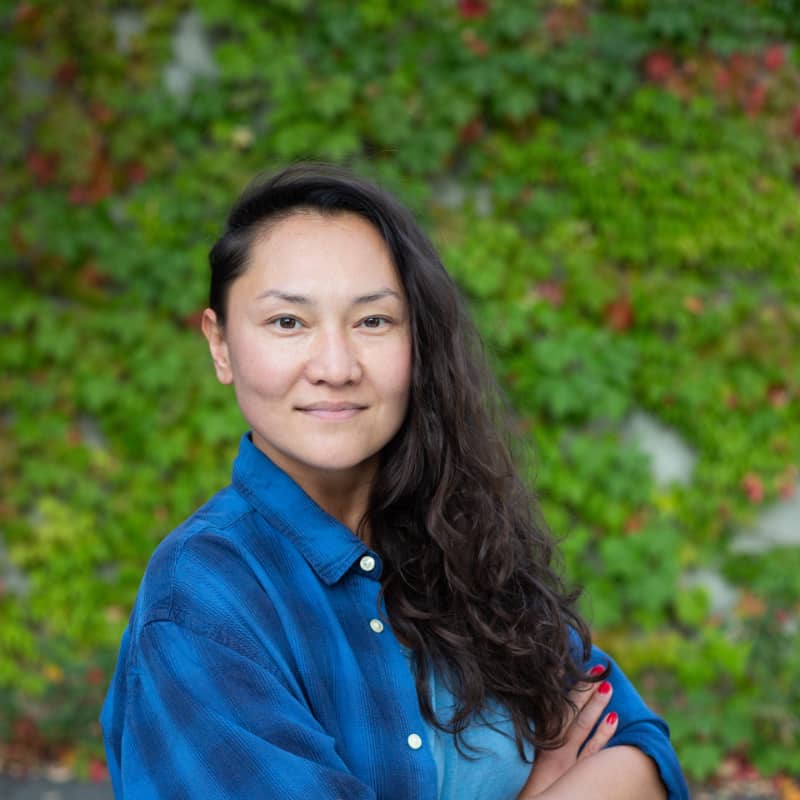 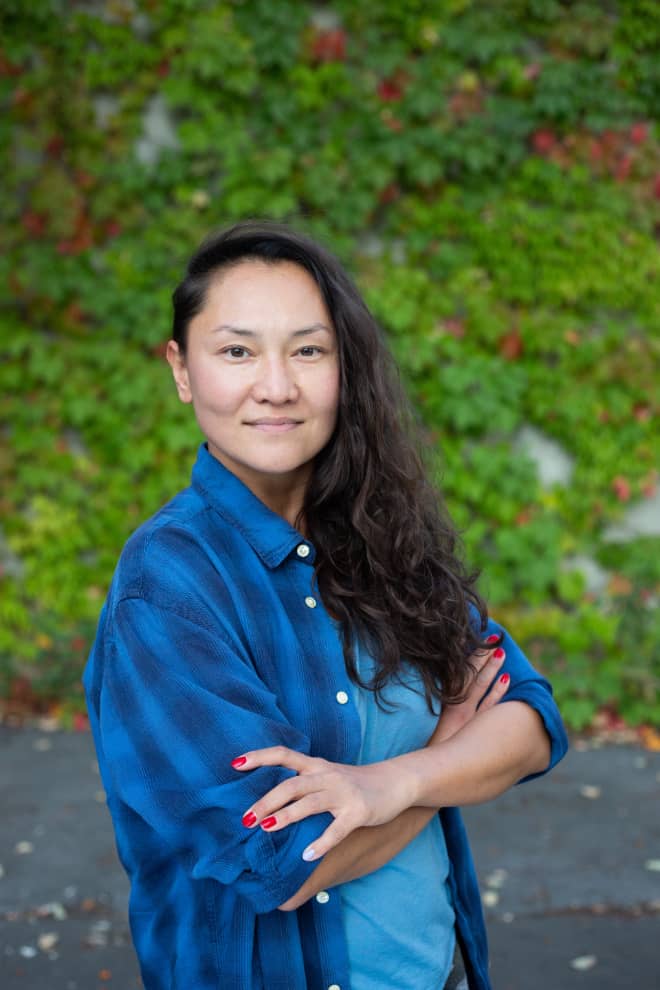 She was born in Kazakhstan. She spent the first year of her studies at the Medical Faculty of the Moscow State University. Since 2005 she has lived in Czech Republic, where she completed her studies at the 3rd Medical Faculty of Charles University. She has experience in perinatology centres and outpatient clinics. She now works at the gynaecology and obstetrics department of the hospital in Melnik.

She is raising two teenage sons.  She loves art and the art world loves her. Her home is gradually turning into an impressive gallery.

“Each person deserves to live in harmony with his or her own body “, this is her strong belief she shares with her patients through practice.

MUDr. Zhanna Kapenova can communicate with you in the following languages: 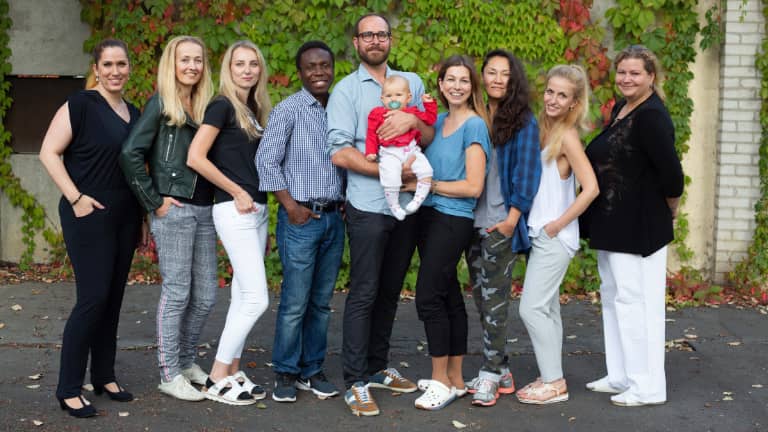 Do you need find way how to get to us?
Mapy.cz Google Maps